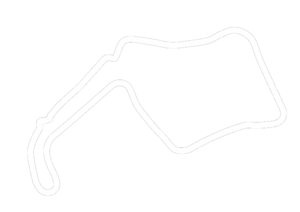 Extensive redevelopment in 2011, the circuit blends a challenging and complex layout with fast straights to create a unique challenge - much of which can be viewed from raised spectator offering some of the best viewing areas in the country.

The Snetterton 300 circuit hosts rounds of the Kwik Fit British Touring Car, Bennetts British Superbike and British GT Championships, plus countless other club-level and historic categories on both two and four wheels, as well as festivals and car shows.

The circuit's corner names are drawn from some of motorsport's greats, from two-wheeled legend Giacomo Agostini to current F1 superstar Lewis Hamilton, whilst Wilson is named in honour of Palmer's former protégé Justin Wilson who was killed in the USA in 2015.

Snetterton was built as an RAF airfield, designated for use by the 96th United States Air Force Bomber Group between May 1943 and November 1948. The circuit itself was created in 1951 from the network of remaining runways and its first race event was held in the same year by the Aston Martin Owner's Club.

The circuit configuration has changed several times during Snetterton's 60-year history. In the 1960s and early 70s it was 2.7 miles in length and a large section ran almost adjacent to the A11 road, before a sharp hairpin turn and a long run back to what are now the Brundle and Nelson corners.

During this period Russell Bend was added as the final corner of the track, in order to slow race vehicles as they approached the pits. Since the 1970s however, the lap was shortened considerably to just under two miles until 2010, when circuit owner MSV announced the greatest redevelopment in the venue's history to create a new multi-configuration layout, which was completed in February 2011.

Snetterton has hosted many significant events over the past six decades, including non-championship F1 encounters, the first Formula Ford events and the UK's first-ever 24-hour race, the Willhire 24 Hour, which ran from 1980 to 1994.

It is also a renowned testing venue and has contributed to the development of many race-winning cars, including those from the Lotus factory such as the DFV-powered 49 and the Indy 500-winning 38. Most recently, a host of Le Mans 24 Hour cars have been developed at the Norfolk track, including Bentley's first Le Mans car for 70 years, the EXP Speed Eight. The all-conquering Audi R8 and Williams BMW LMP were also spotted first at Snetterton.